The hotel group rate is $167 + $12 resort fee per room per night. Click here to reserve your room at our special group rate. 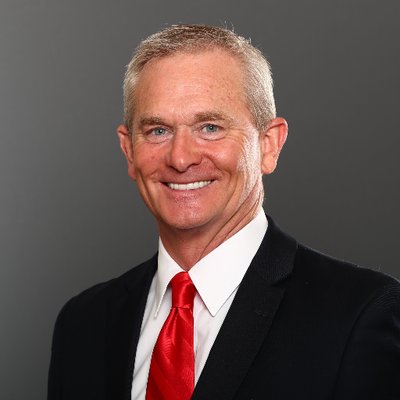 Hall of Fame broadcaster Mitch Holthus has become one of the longest running play-by-play announcers in professional football. Since joining the team as the “Voice of the Chiefs” in 1994, Mitch has established himself as one of the region’s most recognizable and honored broadcasters. His high-energy and creative play-by-play calls have become iconic throughout the NFL. No Chiefs game is complete, without Mitch’s signature “Touchdown Kan Zuh City.” Mitch is a native of Smith Center, Kansas, and a graduate of Kansas State University. Mitch is the HOST of the weekly CHIEFS Kingdom Show which broadcasts LIVE at a Local Hy-Vee the MONDAY after EVERY Chiefs game, and the CHIEFS Podcast Defending the Kingdom!

Hi, I’m Shawna Suckow, and here’s some inside info on me. I’m a speaker and emcee with some serious knowledge of consumer behavior. My style has been described as relatable, authentic, insightful and a fun delivery of serious facts. I was a million-dollar B2B buyer in the hospitality industry for over 20 years. In 2008 I founded an association of B2B buyers, which now has over 2,500 members across North America. I began studying B2B and B2C consumer behavior in earnest in 2009, and speaking to audiences of salespeople, marketers and retailers who were frustrated with the shifting marketplace and the influences of technology. I have written three books, two of which have become best-sellers (can’t win ‘em all, I guess).

What I’m proud of: I’ve now spoken on 5 continents in 16 countries, helping businesses to understand the ever-evolving customer landscape. Honors include being named to the Global Top 100 Women Business & Tech Speakers, Planners’ Favorite Speakers lists of 2014 and 2015, and Top 8 Speakers of 2013 (along with James Earl Jones!).

Three memorable things about me: I played in the World Series of Poker Main Event in 2015. I am so good at parallel parking, I should get a trophy. Due to a freak badminton injury, I now wear one contact lens.

When I’m not on the road: I’m back in Minnesota fighting off snow or gigantic mosquitoes (a.k.a. our two seasons). I live with my husband (a weekend Elvis Impersonator), my two teenagers, and my goofy golden retriever named Henry Jones, Jr.

Please note that the following agenda is current, but subject to change as we continue to finalize speakers and sessions!

Thank you to our amazing sponsors!